I have been writing code in some form for more than 20 years now. I have been a software engineer by trade since 2007. Repeatedly, I find myself discussing the same points with multiple people interested in software engineering and web development, mostly junior engineers. So, in this post, I am going to list 101 software engineering realities (experiences moreover) that you can read and possibly learn from, here it goes. 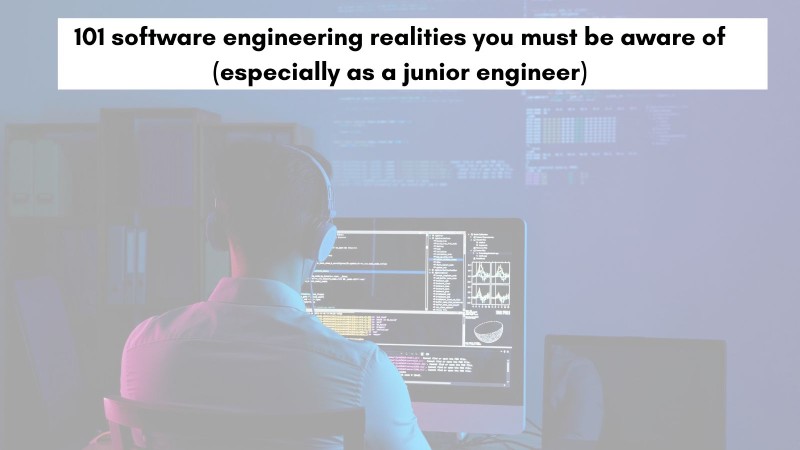 Before the important points #

I wanted to share this for a while now and it is also inspired by this Reddit post written by a Sr. Engineer at a Drunk state. Below are my experiences and point of view in no particular order and categorized as best I could. These are realities for me and you are surely allowed to differ. We can agree to disagree :)

It was a potpourri of various things related to software engineering and web development. I hope you liked it, of course, I did not want to make it a long Twitter thread. Each point can be a blog post on its own, some of them are already blog posts linked to the idea.

Again, you are free to read it and forget it as well as we can agree to disagree.

These are not rules or laws, these are things I have learned and experienced in the past 15 years.