PHPUnit is the de-facto testing library for PHP. With the use of pcov you can speed up PHPUnit code coverage by 2-5 times for PHP 7.0+ application. In this post, we will compare the results of an experiment I did on Laravel framework tests. The tests were run without coverage, then with Xdebug coverage, and finally with pcov all on Github actions. Pcov took half the time to run the PHPUnit tests with code coverage compared to Xdebug, let’s go to the numbers. 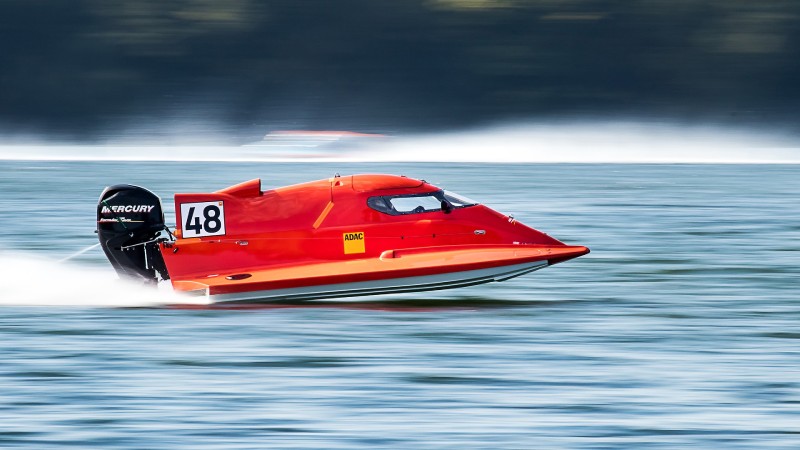 Save time on CI builds #

Think of it as how much it will save in terms of waiting time for your colleagues too.

XDebug is a debugger that can do coverage too. PHPdbg is another alternative to Xdebug. Pcov is built for PHPUnit code coverage not something else.

Michael Dyrynda has also talked about this issue, where he mentions:

You have access to the same output formats that are available to PHPUnit (formatted output, clover, JSON, HTML, etc.) with none of the overhead.

He has also points out other issues with Xdebug like hitting the max_nesting_limit too, you should read his blog post too.

Considerations for code coverage with pcov #

To show a real-life scenario we are going to see how long Laravel Framework’s 5700+ tests with 15500+ assertions are going to take in our quick experiment.

I picked up the Laravel framework not only because it is very popular but also because there were a lot of tests, more than 5700 of them. On top of it, for the Laravel 8.x branch the tests are running on Github Actions.

Tests for Laravel 8.x run on multiple versions of PHP like 7.3, 7.4,8 on lowest to stable variants. The same tests also run on windows.

Another reason to choose Laravel 8.x was it is using PHPUnit 9.3 which does not need pcov-clobber to get the PHPUnit coverage.

I had blogged about getting started with Unit testing in Laravel in the past which should be a good unit testing refresher. Data provider for PHPunit is also a great way to write less test code but achieve more code coverage.

Below are the steps I took to find out how fast Pcov was against Xdebug for PHPUnit code coverage.

Fork Laravel/framework repo and run tests only for PHP 7.4 #

To keep things simple, I forked the Laravel/framework Github repo. After that, I change the Github Actions tests workflow to run tests only on PHP 7.4 which the current stable version. You can see the changes I made in this pull request.

Opening the pull requests ran the tests without PHPUnit code coverage and it took 33 seconds to run the tests consuming 257MB of memory.

You can view the details of that test run in the screenshot below. 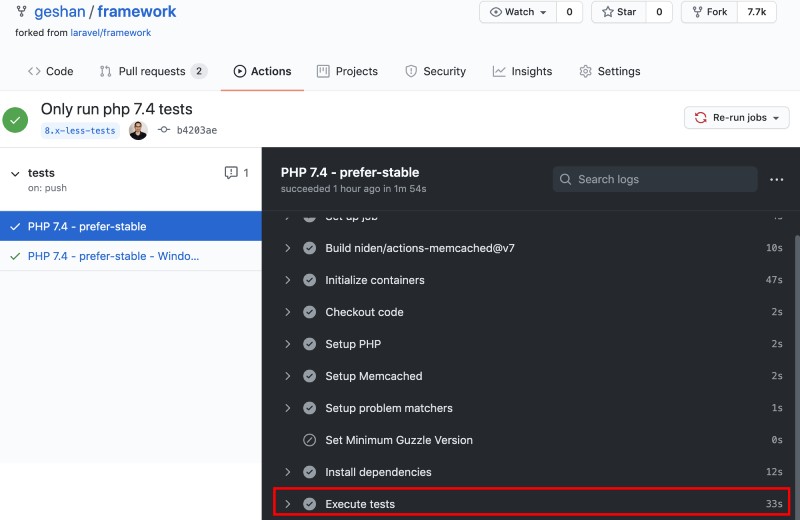 I merged the above pull request to run tests only for PHP 7.4. Then I made changes to run the PHPUnit tests with code coverage using Xdebug as the driver. The change is very easy as Gitub action was using shivammathur/setup-php@v2 action. After a bit of Googling, I found that that action had Code Coverage support and it was very easy to enable.

I had to change the coverage from none to xdebug and add --coverage-text to the PHPUnit command making it:

I made those changes in 2 places in the tests.yml file and that resulted in this pull request. A new pull request = the tests running again in Github Actions CI.

With Xdebug code coverage I did a couple more runs to see if the time taken to run the test vary by much. It was generally the same.

In one of the runs of code coverage with Xdebug, it took 2 mins 34 seconds and consumed 395 MB of memory.

I am only checking the time for the Execute tests task. You can view the screeshot below: 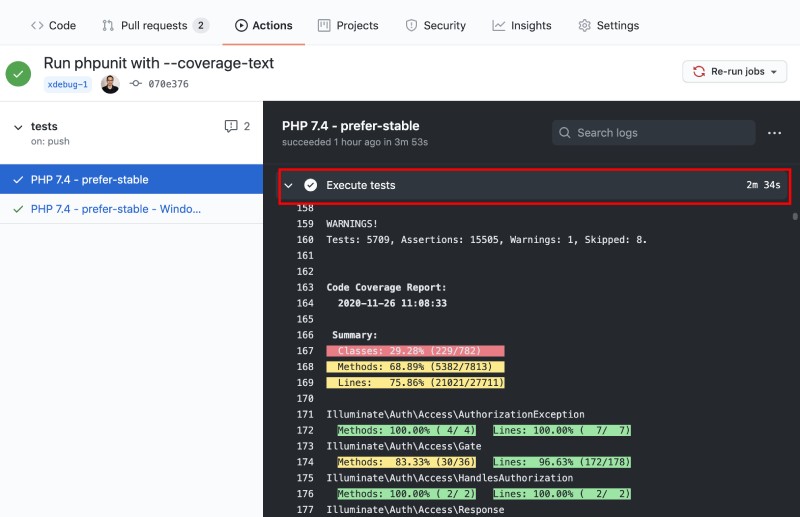 The code coverage was reported as below, with 75.65% of the lines covered and 68.90% of the methods covered by PHPUnit Code coverage using Xdebug.

Now with the time of 154 seconds for Xdebug, I wanted to see how long it would take the new coverage driver Pcov. To find this out, I again followed a similar approach, went to the Laravel 8.x branch, and started editing the .github/workflows/tests.yml file. I change the coverage from none to pcov thankfully the PHP action supports pcov.

The changes I made are in this pull request. This triggered another build on Github Actions.

This time surprisingly it took just 1 minute 17 seconds and consumed 393 MB of memory.

Again this is for the Execute tests task as seen below: 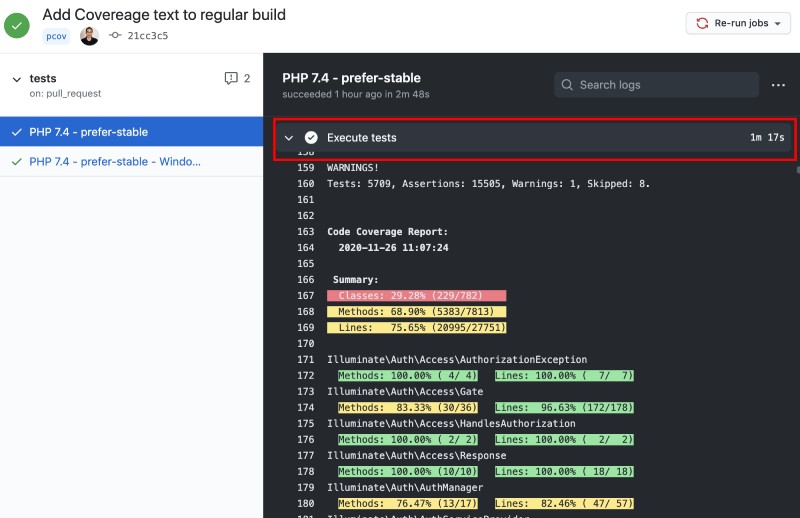 Same as Xdebug the PHPUnit Code Coverage was reported as 75.65% of the lines and 68.90% of the methods covered by Pcov. You can see other test runs in the Actions tab of my Laravel Framework fork.

Let’s take a quick look at how long the PHPUnit test took with and without code coverage:

It is very clear that Pcov took half the time as Xdebug and even consumed lesser memory. PHPUnit code coverage with Pcov took 77 seconds and with Xdebug took double of that at 154 seconds.

Pcov was 4.43 times faster on my local machine inside a docker container.

Not only me, Swashata Ghosh has also reported a 5 times faster code coverage with Pcov in place of Xdebug. Speaking of pure numbers, I ran a check on a test where it took 17 seconds with Xdebug and it took just 1 second with pcov. It was 17 fold faster but that should not be a yard stick to compare X-dbeug and Pcov for code coverage.

I didnot try PHPDbg as an option because it was not available in the PHP Github action. If you want to quickly switch between Xdebug and Pcov please read this guide.

If you want to speed up your code coverage and save time on your CI builds use Pcov in place of Xdebug. You will surely like the time saved after the process is done. Happy faster testing and coverage reports!