Skip to main content
Switching channels I watched some adverts (Television Commercials -TVCs) of Castrol lubricant, now its not just oil its liquid engineering. As wikipedia says "Castrol is a brand of industrial and automotive lubricants which is applied to a large range of oils, greases and similar products for most lubrication applications. 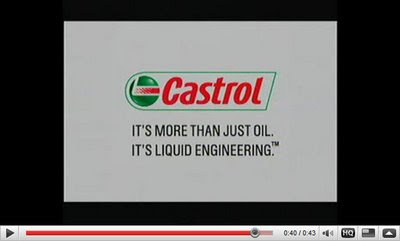 The Castrol brand is part of the BP Group of companies, but has retained its separate identity."

Liquid engineering is striking to know but the commercial below defines what's it very easily:
The video is here:


Then I saw a simple 30 second commercial, that tells you why spend more on oil and less on maintenance. Very simple advert put in a way and language that the audience will understand from the word go. Below see the ad.:

Last but not the least, I came across the ad. of Chuck Norris of India, Mr. Rajnikant. On a very light note, I once read "Ranjnikant can strangle you with a wireless phone", and I even read "Rajnikant can slam a revolving door." with this amazing intro of Ranjikant let's see what message he delivers in the Castrol ad. below:


I hope you also found the advert amazingly stupid and though animated but insane :).

But the point here is adverts should connect directly with the intended audience be it one who wants to understand liquid engineering, or one who wants to pay more for oil and less for the maintenance or even one who thinks Rajnikant is god. And yes the three ads have covered cars, trucks and bikes as well.

I'm not an Ad. guru or a marketing specialist but as a normal viewer I admire the above ads. and the way they are presented.

JAMstack tutorial to create a website with just clicks and no code at all for free [Step by step] Static vs dynamic website with JAM stack website in between 5 tips to work from home productively Difference between backend, frontend, full-stack and super stack development Repost your tech blog, get a larger audience without hurting SEO